7 Signs an Arrogant Man Likes You Skip to content

Dating an arrogant man is hard on many counts. If you’ve ever dated one, you would know this first hand.

Even without this extra snag, relationships are hard enough. You have to interpret signs to know what a guy is thinking in the early stages of the relationship. Mind games are tedious and energy-sapping. Until you get to know him better, his arrogant behavior is going to create stumbling blocks on your path.

However, you cannot choose who you fall in love with or who falls in love with you. When you suspect an arrogant man is in love with you but is hesitating to open up to you about his feelings, what are your courses of action? What can you do about it?

This article attempts to unravel the mind of an arrogant man in a relationship. Here you will find clear signs an arrogant man likes you though he is unwilling to say it openly.

How to know if an arrogant man likes you?

1. He is overly enthusiastic to talk every time he sees you.

Being arrogant, he has an inflated sense of confidence and self-importance. An arrogant man never takes no for an answer and persists until he gets what he wants. He never considers he will be disliked or rejected. He is the opposite of shy and reticent.

When a man secretly likes you, every time he notices you, he will come up and start a conversation with you, even if you have nothing to say. In fact, he doesn’t give much importance to your likes or preferences. It’s always about his likes and dislikes and what he wants. He wants to spend time with you.

However, to his credit, it can be said that he wants to know more about you. Even if you’re not interested in him, he will stop at nothing to get all the information he wants.

2. He boasts and shows off.

This is just part of his personality. He toots his own horn as a way to promote himself and not to make you feel or look inferior. When a man secretly likes you, he also wants you to like him. All his actions are geared towards making this possible.

Being arrogant, never for a moment, he thinks that you will not believe him. He expects you to fall for his charms when he brags about himself. He is trying to impress you with all that he can offer you. He believes this will make you like him.

What he doesn’t realize is that by bragging and showing off, he is making you run further away from him.

3. He may offend you unintentionally.

Though he is a full-grown adult, sometimes his behavior will make you think that he hasn’t grown beyond 10 years. He lives in his own world and doesn’t see what is right even if it is right before his eyes. He is tactless and awkward, sometimes even rude and brash.

He talks incessantly to grab your attention and show his interest in you. This is his unique style of flirting technique that he has perfected over the years. He is so confident of his success that he repeats the same with every woman he falls in love with.

His intention is to be funny and playful. He tries to tease you and flirt with you. He wants to create a romantic atmosphere to entice you. But his actions turn out to be something entirely different. They rarely come off the way he intended.

4. He neglects or ignores you.

That is a funny one. One moment he is showing interest in you and showering you with all his attention. He is always looking for opportunities to spend time with you. The next moment, he turns his attention off. It may seem to you that something you did or said offended him and he is no longer interested in you. But the truth is far from it.

There can be various reasons for his seeming change of heart. Maybe he felt too self-conscious and nervous to pursue you and wanted to take a breather or call it quits. Or he may be searching for reciprocal signs from you. He may want to know if you’re interested in him before he moves ahead with his wooing.

He may also be using this as a tactic to get your attention. After giving you so much attention for a while, when he withdraws it, you are bound to notice.

An arrogant boyfriend behaves forcefully and shows no emotions. He acts in a way that is typically considered the way a man should behave. This will be evident in his appearance as well. He pulls his stomach in, stands tall with his shoulders wide and drawn back, and walks with the gait of a man brimming with confidence. He wants to project the image of an alpha male.

Alpha males always get the best of partners and in return, they assure to take care of you. He may not like your association with your guy friends. He may expect you to be loyal to him. When he does this routine, he looks like a puffed-up rooster trying to be imposing and impress the onlookers.

You may see his alpha male behavior in everything he does. In the clothes he wears, the food and drinks he orders, or even the car he drives.  He wants to impress upon you that he is very much a “masculine” man.

6. He always picks up the tabs.

In this modern age, when women are breaking every single glass ceiling that exists, he continues to live in some bygone era. Being arrogant and an alpha male, he cannot bring himself to treat you as an equal.

Under no circumstances, he will let you pay the check or even share the bill. He uses this opportunity to display his wealth and affluence. He wants to let you know that he has the means to provide for you and take care of you. He wants to impress upon you that he is capable of getting you everything you want and making you happy.

7. His actions are weighed and measured.

An arrogant boyfriend is calculative in everything he says or does. He may answer your call on the fifth ring and never before that. He may reply to your texts after half an hour and not before. After a date, he will not call you the next day. He will wait for exactly three days. You get the impression that he has specific routines for every aspect of his life.

The reason for this may not be what you think. You may think that he doesn’t want to spoil you with excess attention. Often this is not the case. He may be unsure and worried about making the wrong moves. He may be giving himself enough time to think things through before taking action.

He may also be worried about coming across as needy and overly eager. When he feels unsure of where he stands with you, he dons the role of a macho man. He feels this is the right way for him to behave.

Final thoughts on an arrogant man likes you

When an arrogant man likes you, he may want to connect with you on social media or want to take you out to social gatherings. An arrogant person usually likes to parade you, his latest conquest, before the world.

As you are so different from him, you may think that your arrogant boyfriend is from Mars and hard to read. A point you need to remember here is this – being in love levels the playing field for all men. They are somewhat similar when it comes to love and romance. After all, they are wired the same way.

However, what you do with this information is entirely up to you. If you can look past his arrogance and macho man characteristics, you may be able to forge a strong relationship with him. His arrogant behavior can be just a shield he uses to protect himself. Unless you give him a chance, you may not get to know the nice guy hiding beneath. 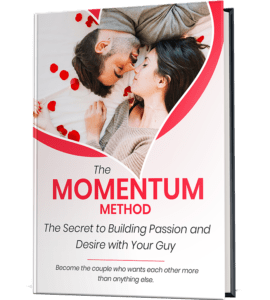